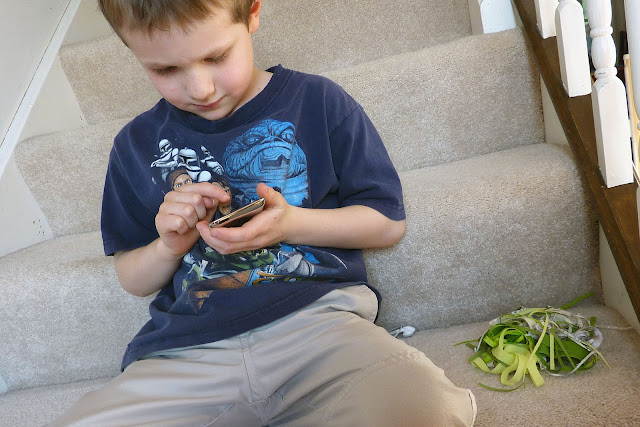 Becket wandered by my sewing area and saw the pile of trimmings on the floor.  He yelled "ah - green!" (his favorite color) and scooped up a pile of the scraps to hoard in his room.  On the way to his room, he also found Caleb's ipod touch, left on the steps when he was picked up for lacrosse practice.  Becket scooped that up too. 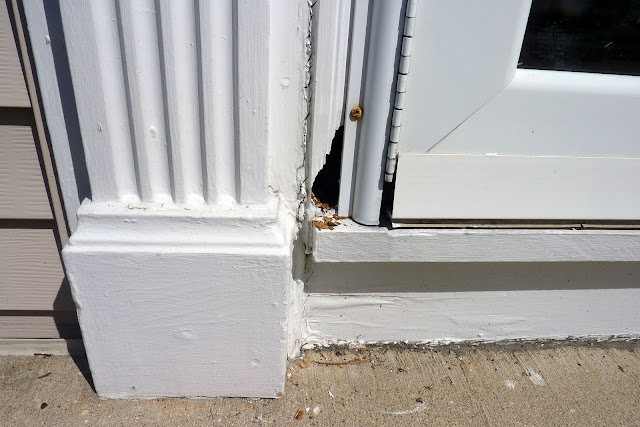 Not so cute.  SOMETHING chewed into or out of my front door jamb around noon today.  I heard it.
I do not like having a hole from  the inside to the outside of my house!  It's stuffed with steel wool for the day, until our door guy can come out tomorrow morning.
Posted by Angela Nash at 4:28 PM 6 comments:

I love sketching out a plan, doing some quilty math, and pulling a stack of fabrics. 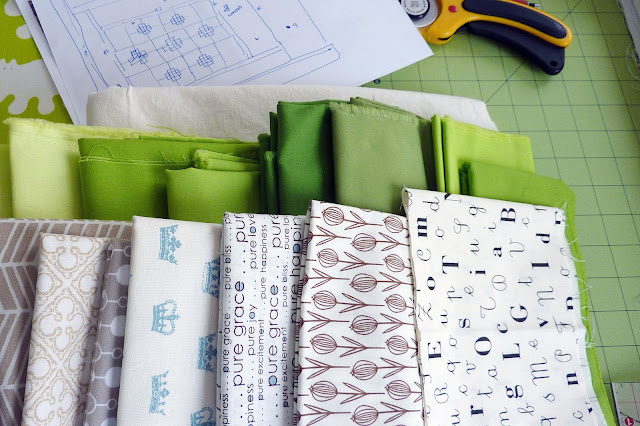 Inspired by the cover photo of Modern Log Cabin Quilting - I'm eager to look through the whole book.
Posted by Angela Nash at 2:47 PM 9 comments:

Pink Lemonade is over at Modern Day Quilts today!
Posted by Angela Nash at 10:27 AM 3 comments:

It had been horribly gloomy, wet and cold here - it's finally sunny (huzzah!) but at 35deg and flurries, not exactly prime spring break weather. 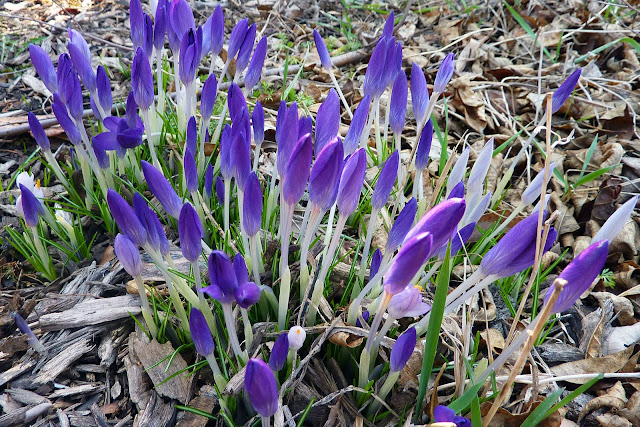 The last couple weeks trying to get good pictures of my finished Hobson quilts was tricky so I hoped to catch as much light as I could inside our sunroom. 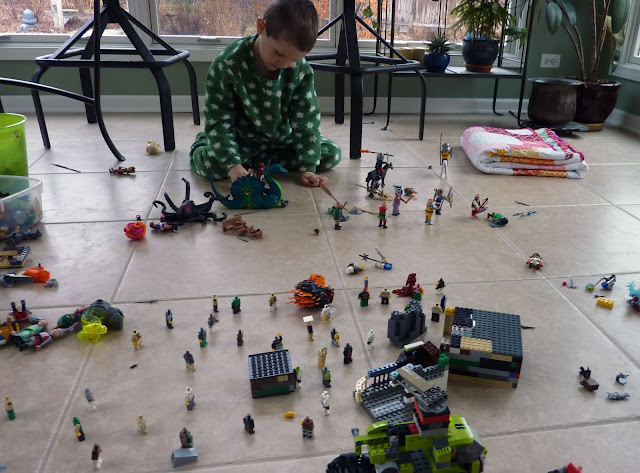 Unfortunately I had to deal with both a zombie and giant invasion (the lego dudes without heads are zombies, playmobile dudes without hair are giants).  The strange result of a 5yr old hanging out with the teen brothers.
You can see I was permitted only that little back corner. 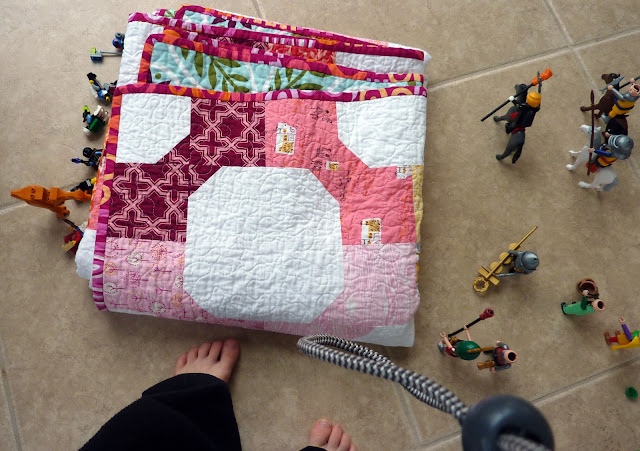 I left the quilt and camera for a bit to find another good spot and quilt holder.  Becket decided to take things into his own hands and take the pictures himself.  Probably to get my stuff out of his area.
But first a few guys moved in to hide.  And he seems to be working on his toes-in-the-picture blog photos.
Posted by Angela Nash at 10:15 PM 6 comments: 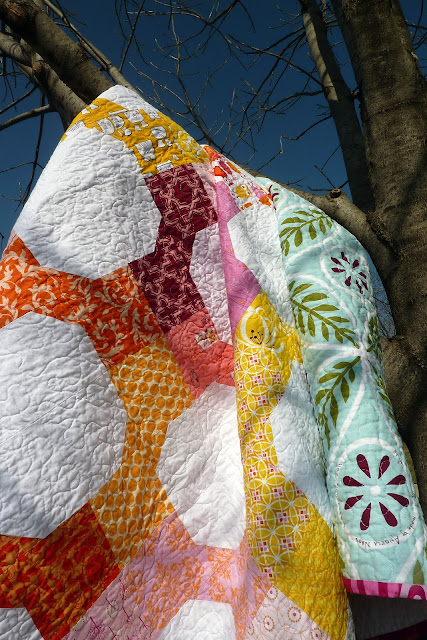 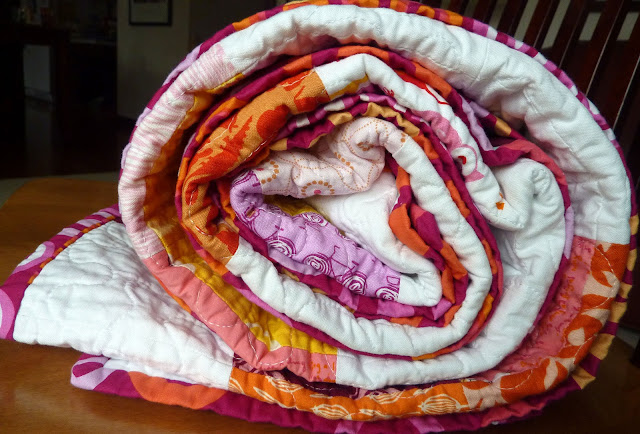 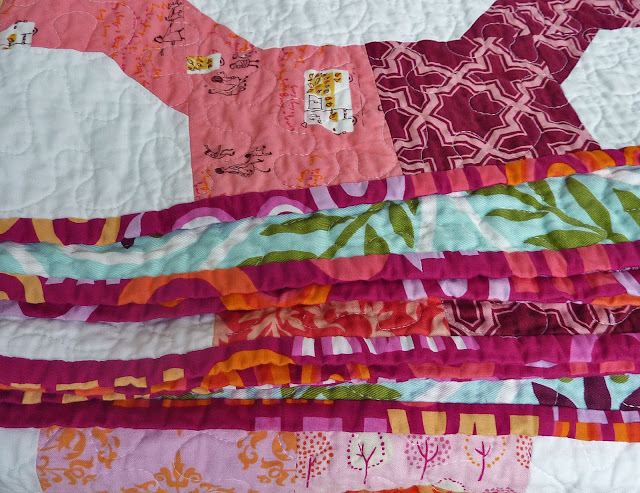 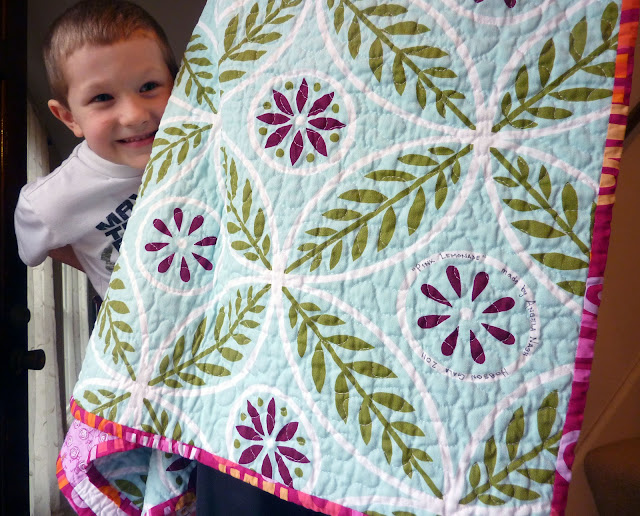 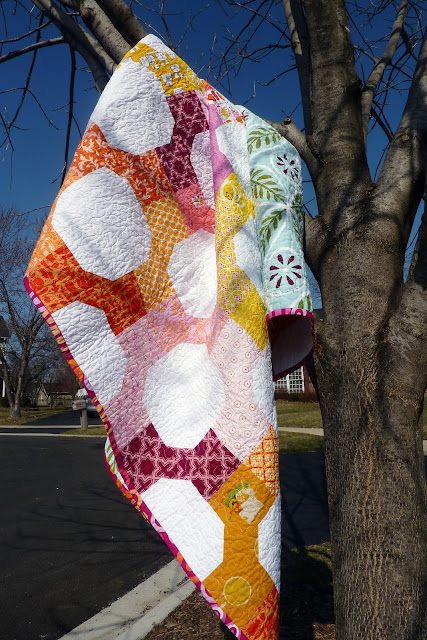 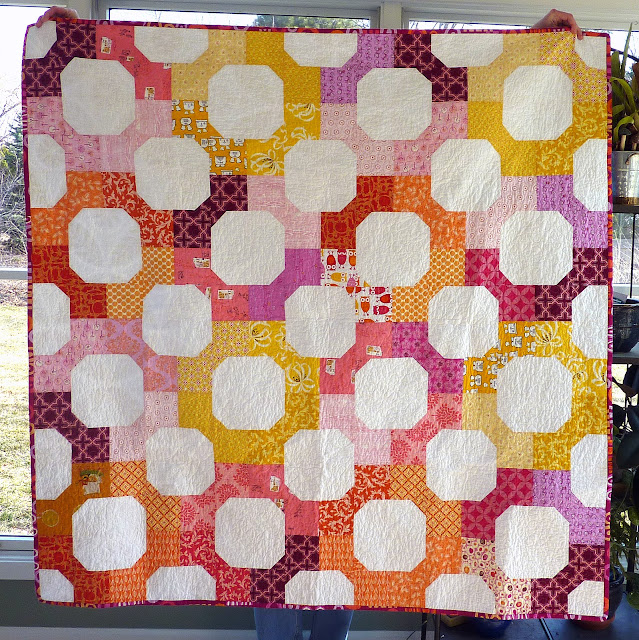 Stitching 250" along a home dec weight back.
I poked a hole into my finger with the back of my needle.
Ugh. 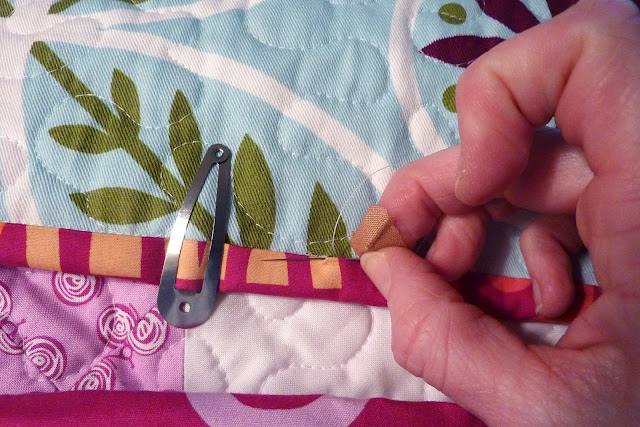 I don't have a thimble so I improvised.  To avoid the bulk, I cut just the fabric, sticky part of a bandage off and stuck it over the poking part of my finger.
So do you have a thimble-type thing you like?
Posted by Angela Nash at 8:52 PM 21 comments: 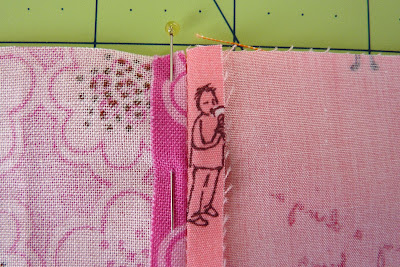 I found this little guy hiding with his ice cream when I was pinning blocks.
Posted by Angela Nash at 4:38 PM 7 comments:

How do you keep track of where your blocks go in the quilt? 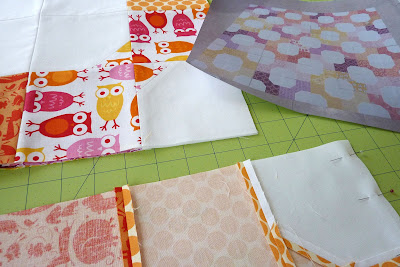 I tried numbers and stacks, but the quick digital camera print is my best bet for stitching things up exactly as planned.
Posted by Angela Nash at 5:47 PM 10 comments: