We love Hobson.
Sadly, the school year is over and it was time to say goodbye.  Becket had to have a picture in front of the new sign they put up for summer camp - with the gift box he decorated for our Director. 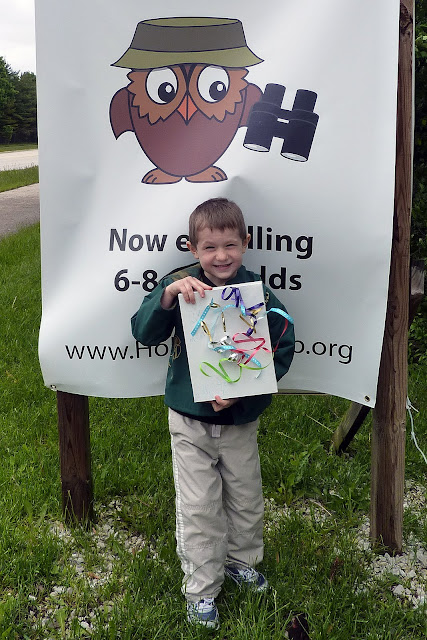 The box actually had two fun banners in it.  Patrice had won my auction quilt last year, so I wanted to make her something that could be enjoyed AT Hobson.  Can't believe I didn't take pictures of them!
Now, his two teachers - Hobson has the BEST teachers - each got their own quilt.  I loved making the quilts for them. 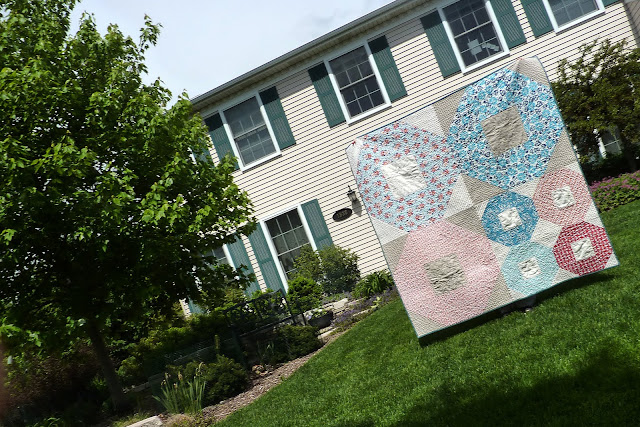 I want to share details of each quilt in their own post, so for now, you can get a large view of each.  Styled and photographed by my resident director - Becket.  This one is called "Symmetry". 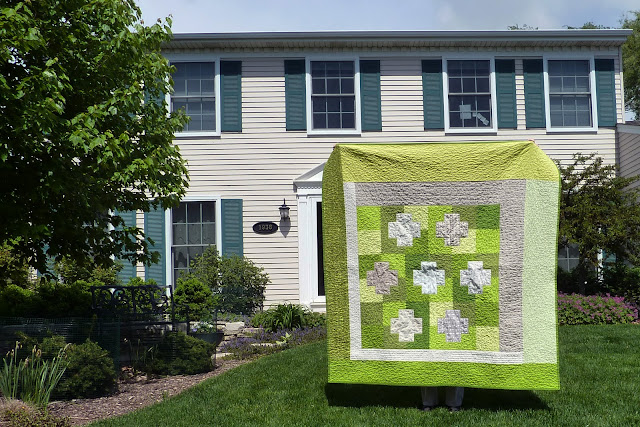 And this one is simply "Green".  Becket, his teacher, and I all LOVE green. 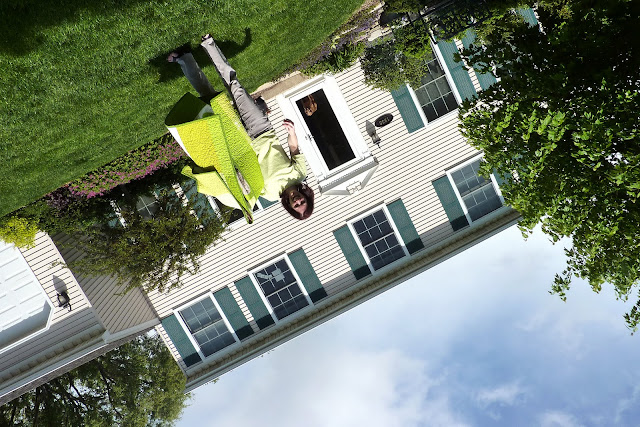 Um, Becket, the pictures don't work well when the camera is half upside down.  Give it back now, please. 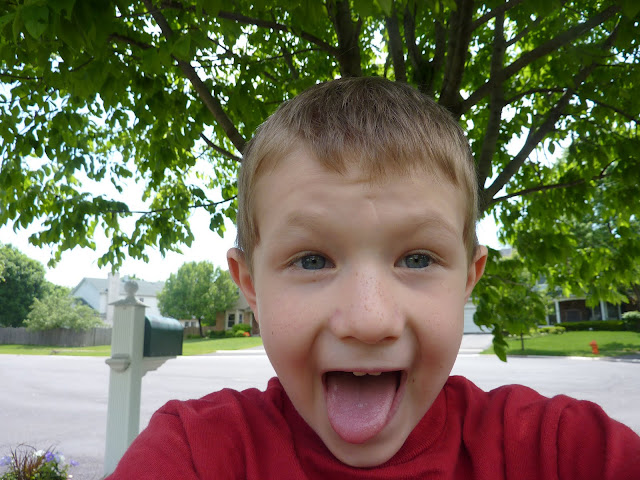 "I just need to take one of me first, Mom."
Thank you Hobson, for letting Becket explore and be little.
How lucky we are to have had you.
Posted by Angela Nash at 10:18 PM 8 comments:

Washed - crinkled - and ready for pictures..... 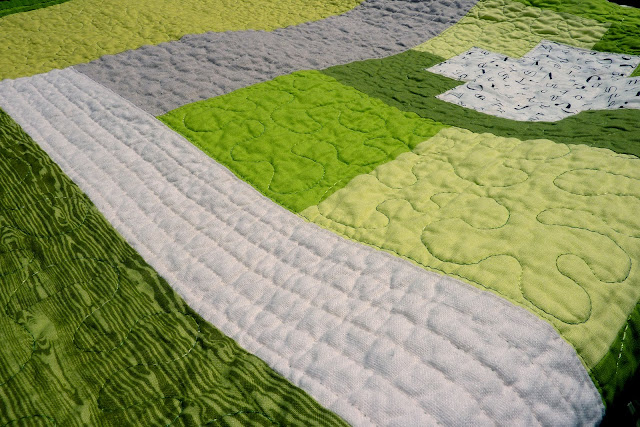 Don't you just love pulling a new quilt out of the drier for the first time!
Posted by Angela Nash at 3:38 PM 7 comments: 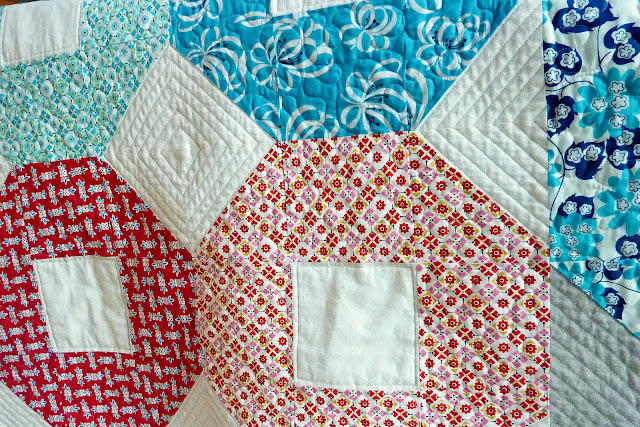 I can't wait to be able to show the whole thing.  Becket and I love this one!  He's an awesome 5yr old quilting helper.
Posted by Angela Nash at 8:26 AM 9 comments:

It's hard to get stuff done sometimes....

I think I'll probably just clear out my unread Reader blogs in the next few days.  So if I haven't stopped by, forgive me.  I'll come by later after I zero it out.

It has been a tad weird the last little bit.

I'm on Facebook and generally use it to stalk my family and a couple friends.   Every so often trying to find an old classmate or two.  A few weeks ago (all I can call it is obsessed I suppose) I was strangely determined to find an old High School boyfriend.  Wasn't sure why I was looking and I just HAD to search, but it was REALLY hard to locate him and it took the better part of a day with no real luck.  Possibly found his home nearby, but not sure.... The other day he popped back into my mind again for no obvious reason, while I was sitting at the computer, so in his name and city went into goggle.

The first three returns were his obituary.

Having died suddenly, a little more than a week before.

It has all kind of freaked me out on a couple levels.  First off, I'm none too pleased with the turning 40 thing and getting old, but we are not old enough to have our peers die yet!

But even more so, why was I suddenly urged to track him down about a week before he died?  Was I supposed to call him.....Yikes, it's been over 20 years since I last saw him.  Hi, remember me from a lifetime ago?  Just calling for no apparent reason.  How's it going.

His mom and dad still live in the same house and now I really want to talk to them.  Calling THEM would be super strange.  A condolence card I suppose?  They did a nice job with the obituary though - really made me want to hear more about what he has been up to the last 20 years.  There are 24 pictures posted with it, too.  The boy in the senior picture is the one I remember (I gave him that crazy pleather-shouldered sweater for Christmas.  Late 80's, what can I say.  We dated jr and sr year of high school.)

Yep, weird.  I hate weird.  And people I know dieing (knock on wood, I'm lucky that I've only ever lost a couple people).  And it's hard to do other stuff when your brain is trying to make sense of it.  In this age of instant and 24/7,  never is seriously weird.

Rapture would have been easier.

Quilting WAS going well. Until I caught this edge. Time to pick some stitches - booooo.

- Posted using BlogPress from my iPhone
Posted by Angela Nash at 7:01 PM 13 comments:

A top completed in DS and linen.  I am on a big linen kick right now - I love it! 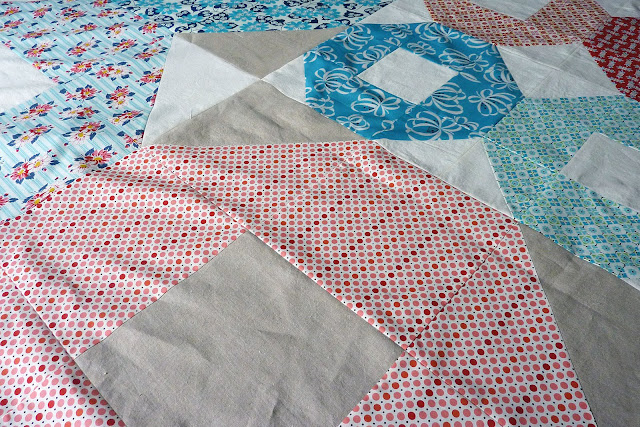 HUGE shoo flies (about 32" each) and four smaller ones.  I love that block.

{Oh, and from a comment on the last post - for the no-reply - Mark took those pictures with his digital camera.  It's a Sony A700 with some kind of big white lens on the end.  I can get more details if you like.


And I love that the Badger people stopped by.  How cool - thanks!}
Posted by Angela Nash at 7:30 AM 8 comments:

May is insane with the end of school and the start of summer...with spring lacrosse tossed in!  I stand around in the cold wind watching boys pummel each other most days.
I'm working on a couple of big quilts, but had a chance to make a quick, fun gift last week.  This would be a perfect teacher gift, too!  I called it a "Summer Gardener's Aid". 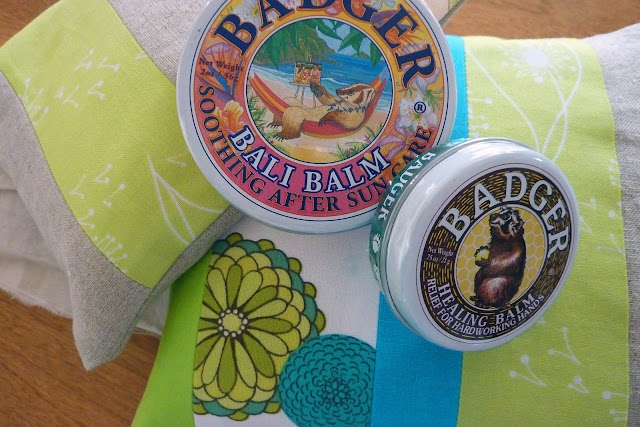 Using the tutorial on Sew, Mama, Sew! I made a rice heat therapy sack and a reusable cold pack.  A nice, heavy linen makes these super cozy.
For the cold pack I found buckwheat groats and a yummy essential oil at Whole Foods.  The buckwheat groats were only $2.99 a pound and well worth the special trip.  The bag feels so nice with them inside.  I used a sweet orange oil as in the tutorial - I stood at the huge rack-o-oils at whole foods for quite some time sniffing everything.  A few made me gag, and I always went back to the orange, so that was it. 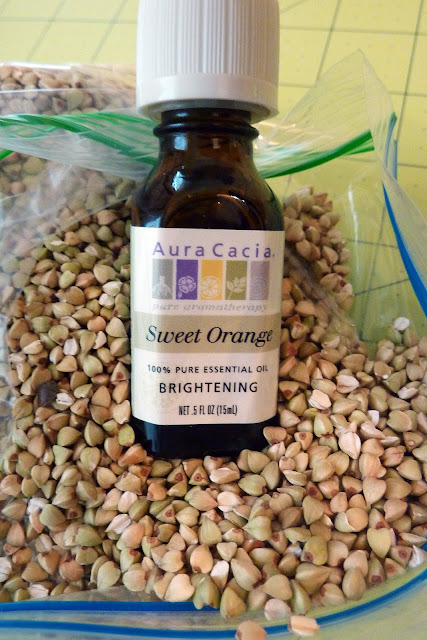 The rice in the heat bag was from the regular grocery store - no need for special jasmine rice inside the bag!
I tied it all up with some muslin and a couple badger balm tins (one for rough hands, another for after sun exposure).  Overall, a fun use for some favorite fabric scraps. I'll end with a few lacrosse pictures, since that's a majority of my life right now! 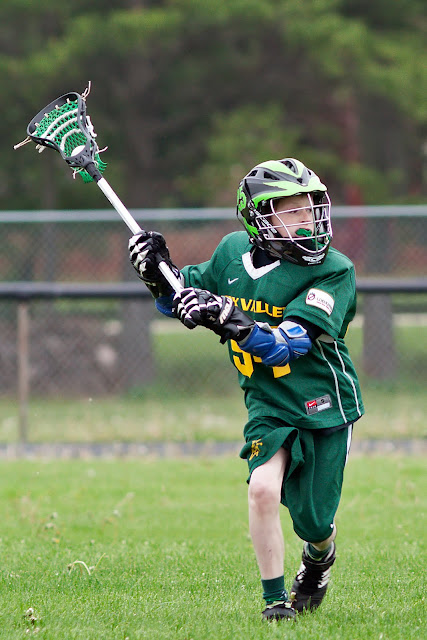 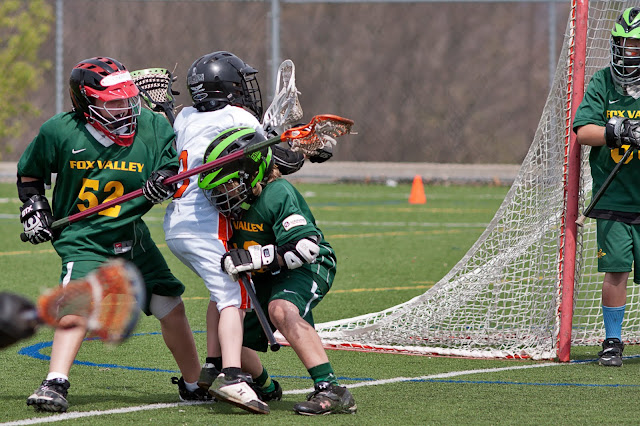 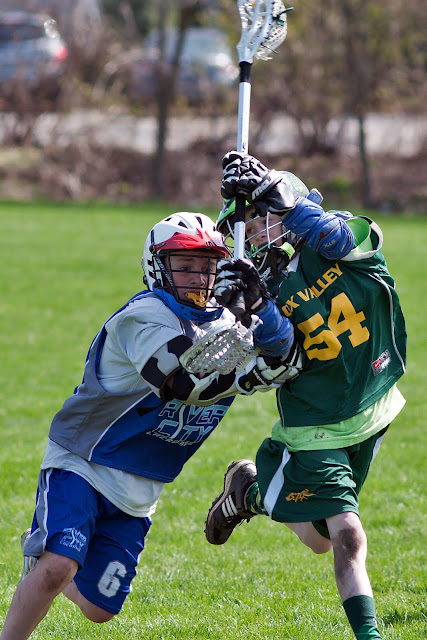 From Blue to Green

I hope to get this quilt sandwiched tonight, but with the rainiest March in decades followed by the cloudiest April in 150(!) years, I had to jump out in the sun for a couple shots today.  Seriously, it's supposed to rain tomorrow afternoon and all next week.  I am SO ready for 80's and sun - DONE with spring. 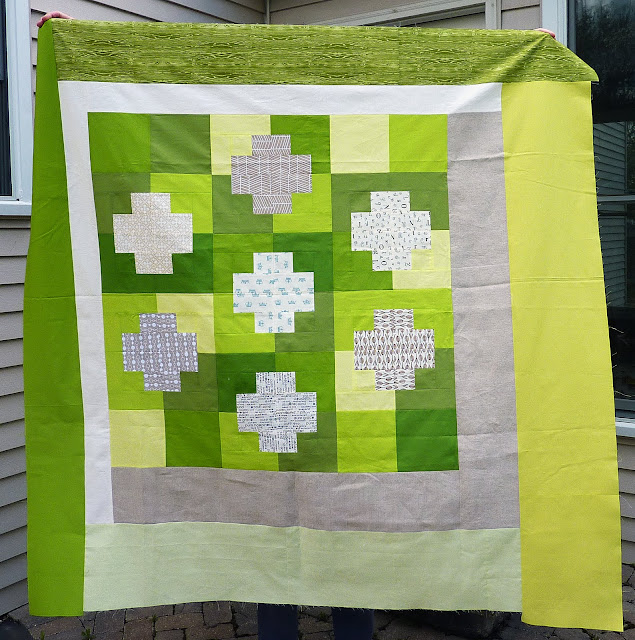 The wood grain should really be on the left, but it was windy and we were crazy busy today with Kenton going off on another weekend away for lacrosse, so I wasn't going to have Mark flip the quilt top around.
See, it's the plus shaped log cabins inside one BIG log cabin.  The cream round of logs are two different linens.  LOVE linen in a quilt. 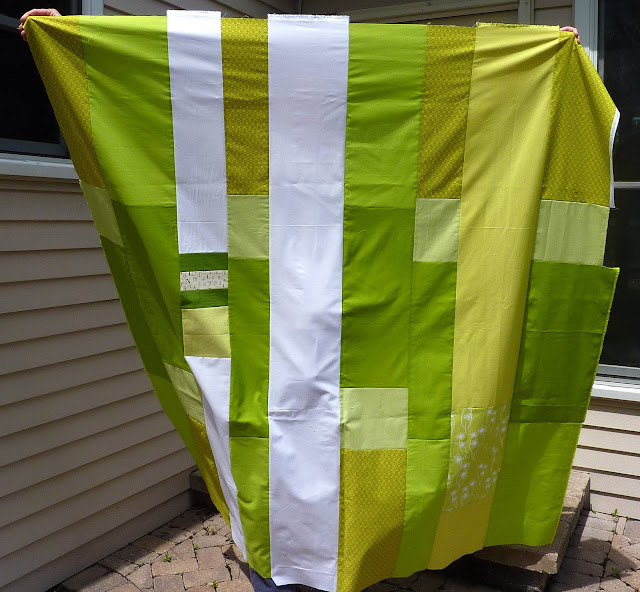 I like the back as much as the front!   Loosely following Kati's fun tutorial, I only sliced vertically, and was able to use up a bunch of the solids left over from the top.  And I was feeling kind of twitchy without any white in a quilt, so two big strips ended up on the back.
I can't wait to quilt this - I'm going to change up my standard all-over stipple a bit!
Posted by Angela Nash at 6:18 PM 5 comments:

May Bee for Me

It's my month at the {Sew} Beautiful Bee and I finally made a block decision.  I'm going to let my bee mates decide!  Mean, I know....hopefully they all have fun doing it, and don't hate me or feel too stressed about that. 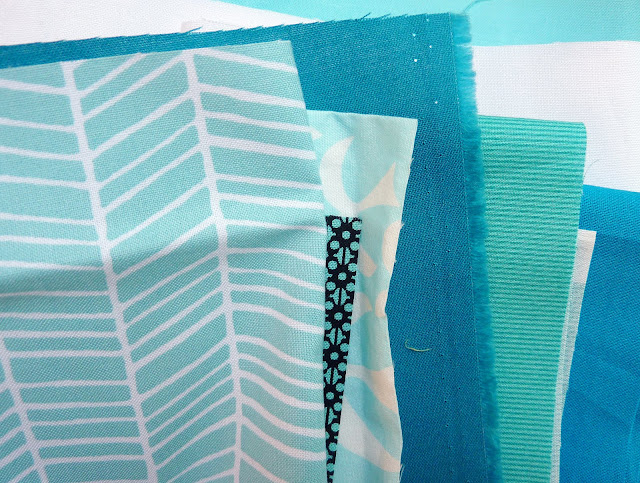 Long ago I favorited one of AmandaJean's bee quilts, a wonderful one all in reds.  I liked both the monochromatic color plan as well as having a real piece of each bee member with their own block creation. 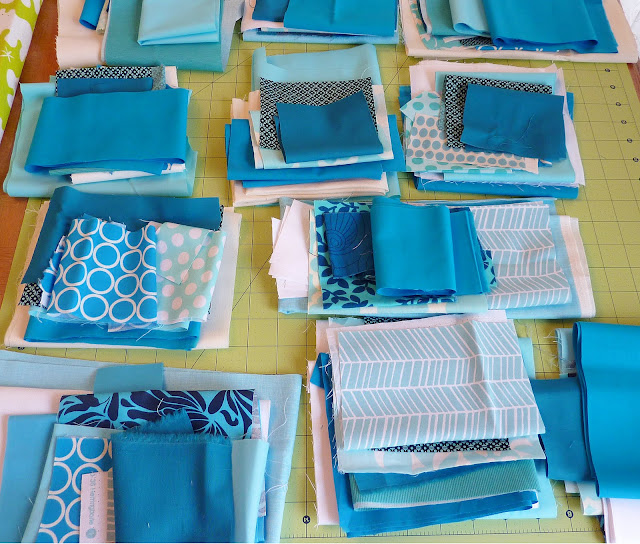 So I sent out packets of blue solids and prints to my bee buddies today, asking them to make a block they love - that is Them.  I can't wait to see what comes back!
Posted by Angela Nash at 6:36 PM 12 comments: