Caleb was cut off from the computer and his iPod for the night, so in his desperate boredom he wandered around my sewing room, looking at stuff.

And he found my camera! There was much rejoicing! For some weird reason I had set it down on a high shelf that I don't use much. Huzzah! (see, much rejoicing) 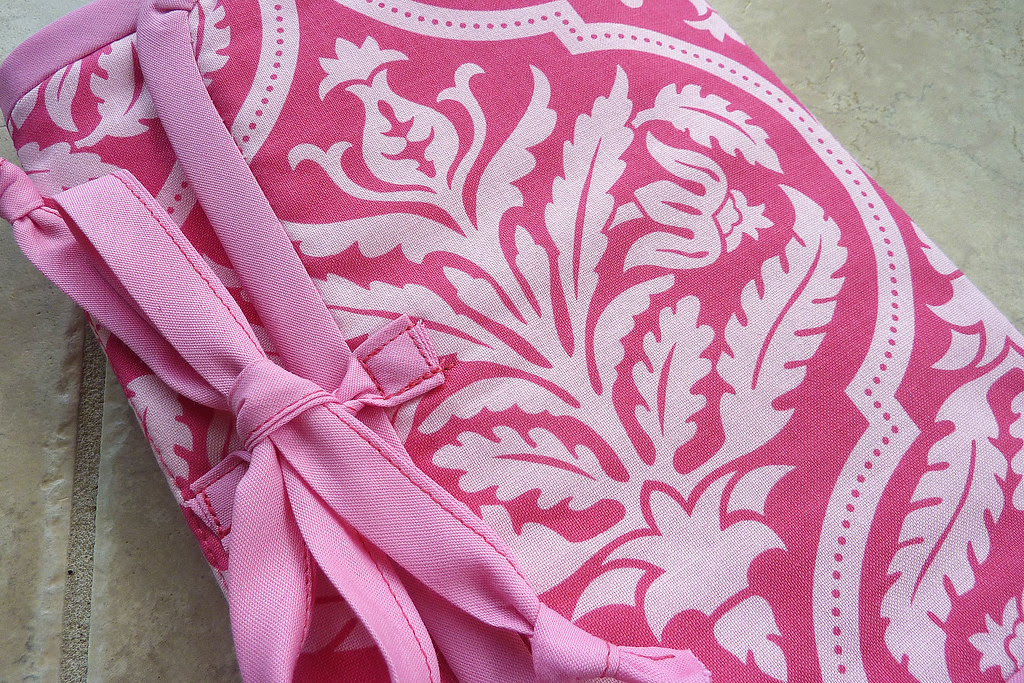 And with it I have the pictures of the Gratitude Wrap I made last week for my friend's birthday. I followed the tutorial by the wonderful Amanda Soule.  It's a fabulous little pattern - went together in an afternoon/evening even including a run to the store for some bias tape and three tries at using said tape!

Original Joel Dewberry Aviary in Pink (oh how I love his fabrics) for my friend who loves Pink. 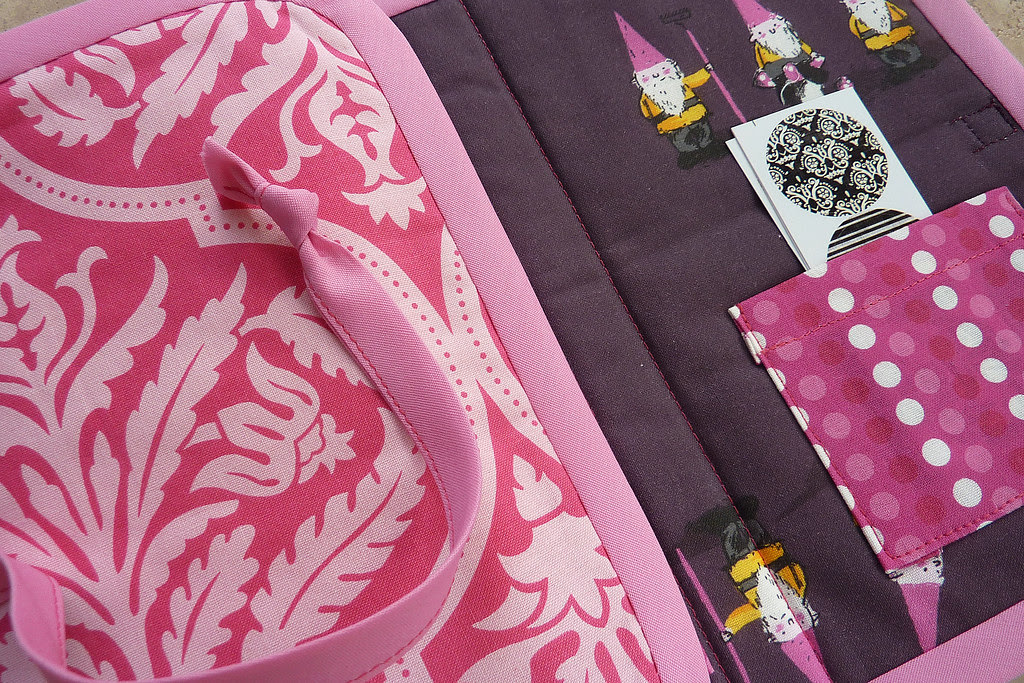 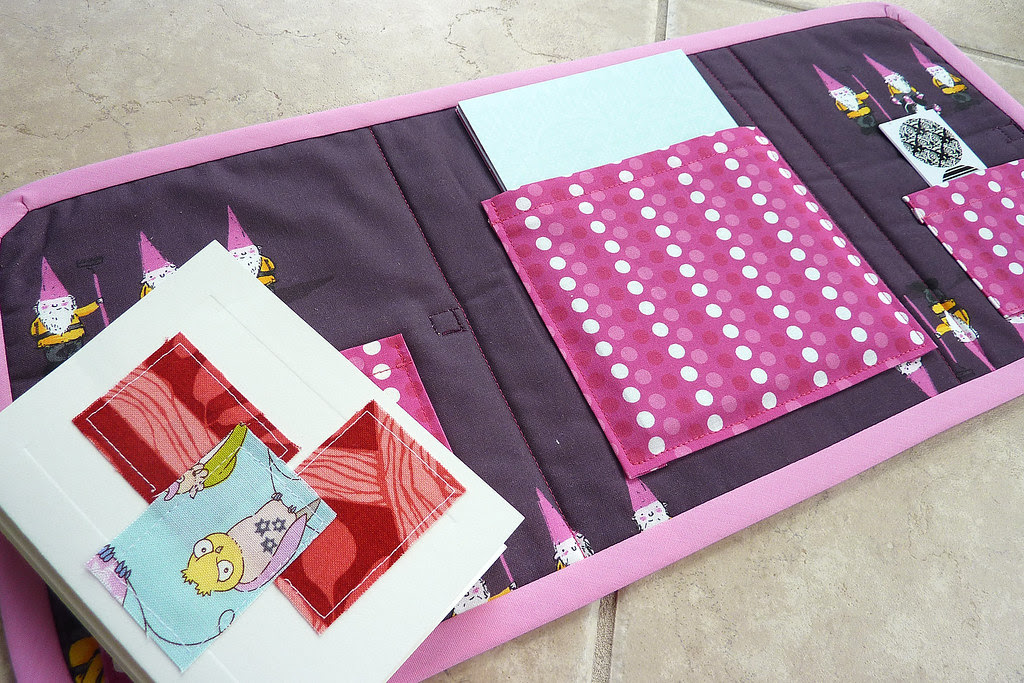 I had fun filling it with envelope stickers, 4x6 patterned scrapbook cardstock for notes, and a stack of hand made note cards.  My friend is always quick with a cute hand written note, so I thought she would enjoy the variety of stuff.

The bias binding - oh my.  The whole thing has rounded corners to make binding a little easier.....for those who can do it I suppose.  I am not one of those people.  I had all kinds of trouble. 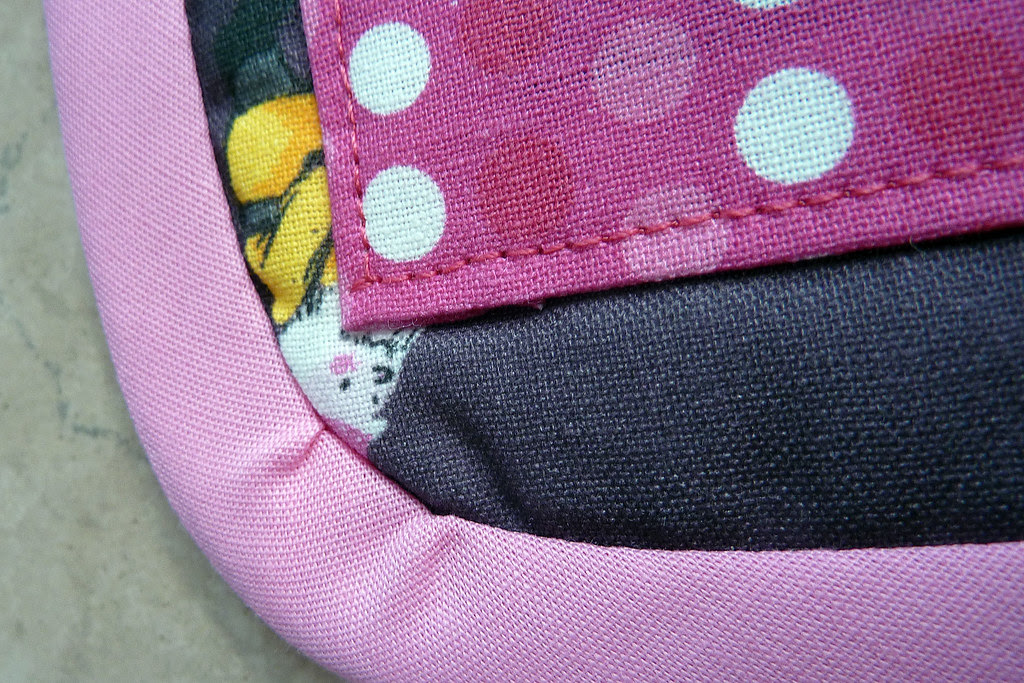 First I actually made my own double fold bias binding out of a pink stripe that I thought was going to be awesome.  Oh, when you cut bias binding strips from a sequenced stripe that has a specific direction, you have half of the pieces flowing the wrong way when you cut it while folded.  ahem.  Once it was finally done and ready to attach though, I hated it with the Aviary.  So I ran out to the store to see if I could find a good pre-made match and was happy to get this solid pink.

Happy as a clam I attach the tape as Amanda instructs and after one corner find I've missed catching a bunch.  Rip it out - pull out my binding clips - rig up the whole perimeter and try again very slowly.  Well I caught it all, but I stood there looking at it and hated it.  Seriously NOT GOOD at machine binding, it was wobbly and I could just hear Heidi Klum saying, "It looks Home Sewn."  Rip it all out again.  Measure and am relieved that I actually have enough left to try again without having to use the piece with lots of holes up and down the edge.

This time I opened up the double fold tape all the way, and kind of stitched in the ditch of the fold on the inside - trying to ease around the corners.  Yeah, not very good at the whole easing thing, either.  But at least I didn't hate it after once around. 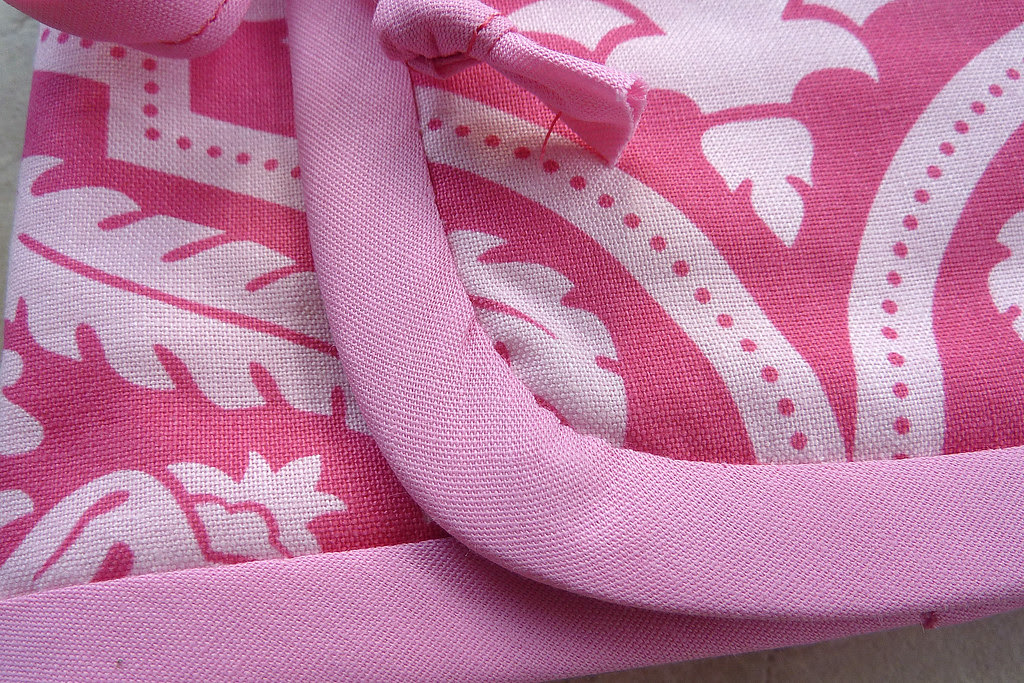 Then I folded it around to the front as if I was finishing off a quilt, and hand stitched that front edge with the ladder stitch.   It is much easier to ease around those corners with hand work.  But I was kind of wishing they were just simple miters.  I know how to do those!  Once I placed the final stitch I sat back and was very happy.  This was how I wanted it to look!  A final pass over both the front and back with the steam iron settled it all into place very nicely. 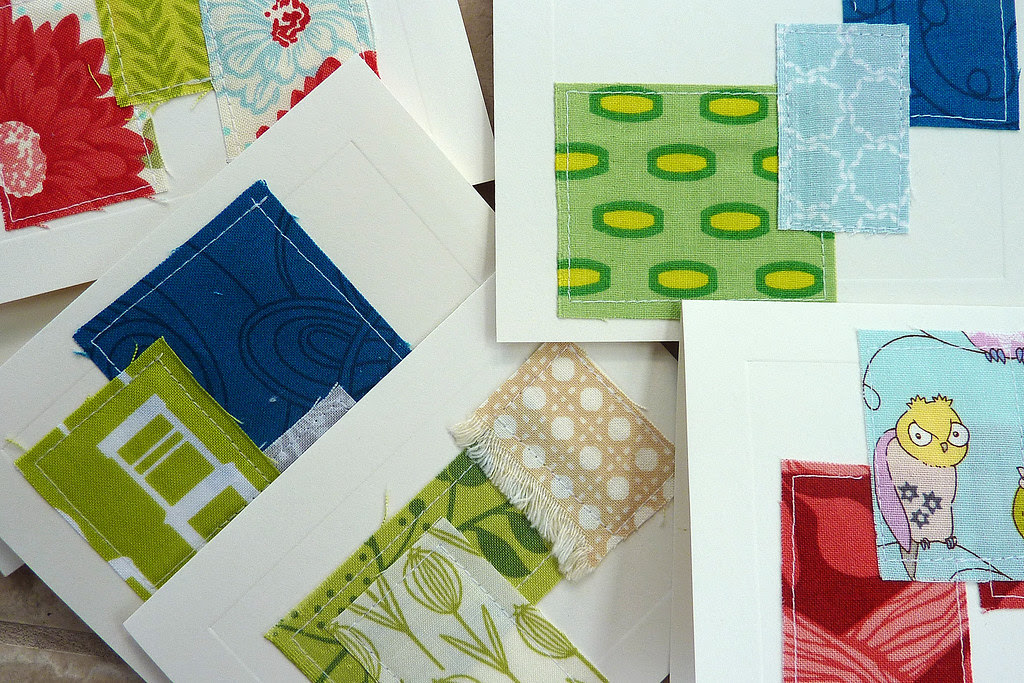 I finished the whole thing off with some cards made with stitched on scraps. Very relaxing after the binding saga.

So glad Caleb found the camera so I could share the gift with you. I had such a good time making and giving it.

Great job!! I would be lost with out my camera. So glad it is found. I love the Gratitude Wrap. You did a great job on putting it together. It is a good way to keep note writing alive.

Oh you! Making me drool over such beautiful things! I think that curved bindings are much much harder than regular ones... but I've only done it once. :)

Yea! ...for Caleb finding your camera! What a relief that must be... love the gratitude wrap... and YES! ...curved bias tape stuff is tough... but you did very well with it! Congratulations!

wonderful angela! im embarrassed to admit that my camera has been "lost" in mysewing room more times than i can count!

love the cards...where do you get the blank cards? and do you just use old needles?

this is such a fantastic gift...i have only used bought bias binding once and i have to admit it took me quite awhile to figure it out...i love the notecards.

Oh wow, what a lovely present that makes. I love the fabric you've chosen and your cards. Binding is a pain, isn't it?

I love the gnomes and the colours, purple-ish is the new pink :))) And the little blue sqaure next to all that purple...perfect!

I second the question with the cards. Do you just fold a thiker paper or buy them already folded?

Oh, and why can't I find the follow me button?