I have been making my first paper pieced blocks. And they are all Harry Potter. They are for my sister in-law's birthday quilt. Laura will be here Friday and I'm still working on getting this back pieced! 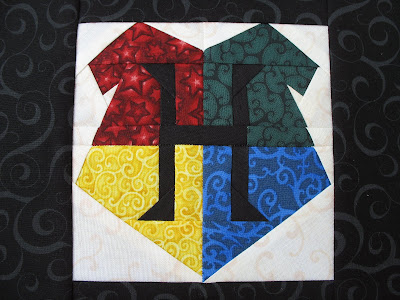 I was going to try some simple paper pieced blocks first, but here I am, totally out of time! So in I jumped. These are all FREE from Jennifer Ofenstein at her web site sewhoooked. She has a ton of patterns - not just Harry Potter. 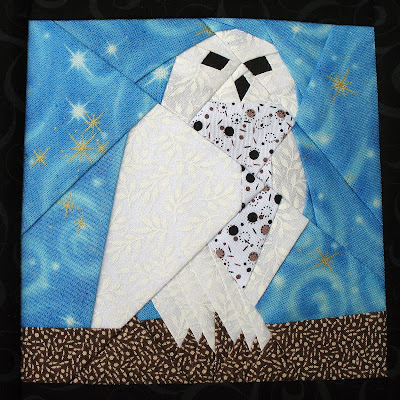 We all love Harry Potter and have been going to the midnight parties since 2003, when Naperville had their first one. The whole downtown area streets are closed and most of the shops turn into Hogsmeade and Diagon Alley. 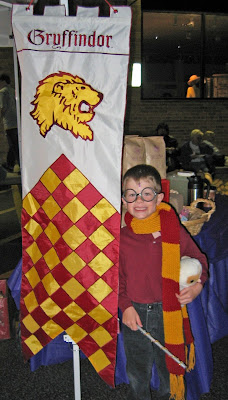 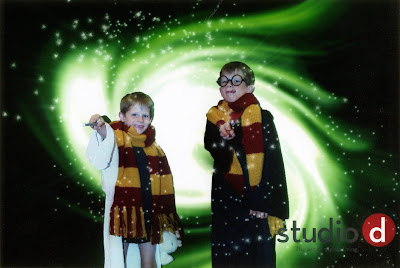 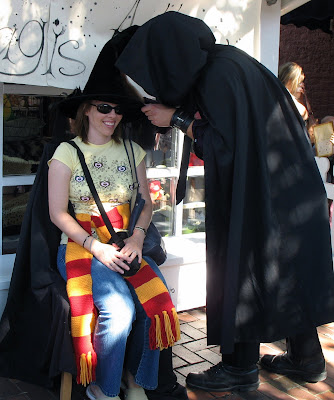 For the last book in 2007, it was a little nuts, as things are prone to get here in Naperville. But we had a fun time getting sorted and hanging out all afternoon until the midnight release. 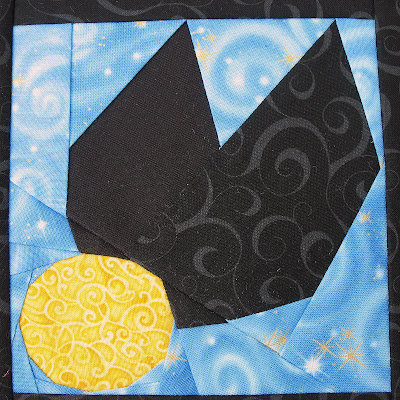 She and I even went out the next night, just the two of us, to my favorite local Italian place - with our books - and silently read all through dinner! The waiters totally understood. 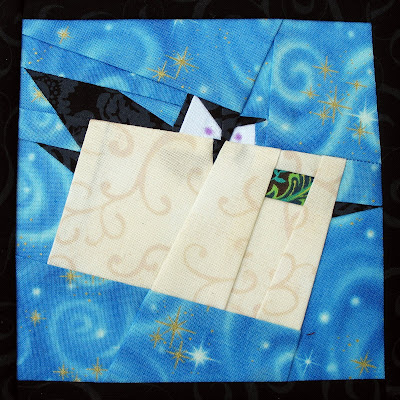 Mail Owl (he still needs his eyes at those purple spots)

Just last month we went to the Museum of Science and Industry - they have the traveling Harry Potter exhibit. It is filled with props and sets from all the movies. No pictures allowed! Scroll
I almost died when they had all the Weasley knits and I couldn't snap a picture! The detail in all the props is just amazing. Go see it if you have a chance. 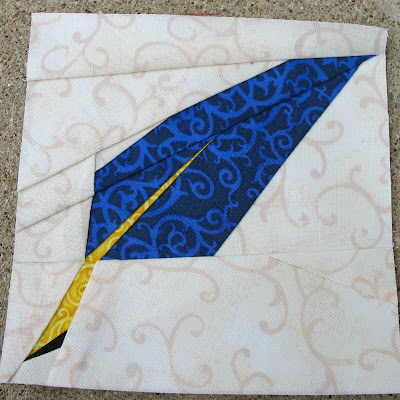 Quill
I hope she enjoys these Harry Potter blocks on the back of her quilt.
Posted by Angela Nash at 12:58 PM

These came out great! Way to go for your first time! I have been wanting to do some of those Harry Potter blocks since I saw them a few weeks ago!

Are you putting these on the back of of a quilt because these blocks are AMAZING and they need to be front and center! I LOVE these! Great job on the paper piecing. I afraid I just can't wrap my little brain around paper piecing techniques!

great blocks!! how long did it take you to get those done... i thought i had seen them all and more kept coming as i scrolled!!

I post new photos every week on http://community.livejournal.com/hp_paperpiecing/ and I'd love to share the blocks you've made, if that's okay with you.

OOOHH!! I went to MSI and saw the exhibit too... it was AMAZING!! I loved- LOVED the Yule Ball costumes they had on display... especially Prof. McGonagall's! I really wish there had been a book to buy with pictures from the exhibit. I am almost tempted to go again!! ~ Jennie

PS- I also thought Prof. Lockhart's costumes were amazing- so detailed and finely made!

Those are unbelievable! I love it! And I may have to make a trip to the Museum of Science and Industry when I'm home in August. Just because my kids are too young to have read the books or seen the movies... I'll totally geek out!

What an amazing quilt this is going to be. Your sister will love it.

These paper-pieced blocks are incredible!! Wow, I can't wait to see the finished quilt.

I see someone else made this comment, but I'm going to make it too...the blocks are amazing. Why are they going on the back of the quilt??

You are incredible. I wish I could help you with the blocks. I really enjoy paper piecing. I think because it is like a puzzle, which I loved to do until I had young children who would hide/lose/try to eat the puzzle pieces. They should definitely be their own quilt.

the detail on these is amazing!!

What a great quilt